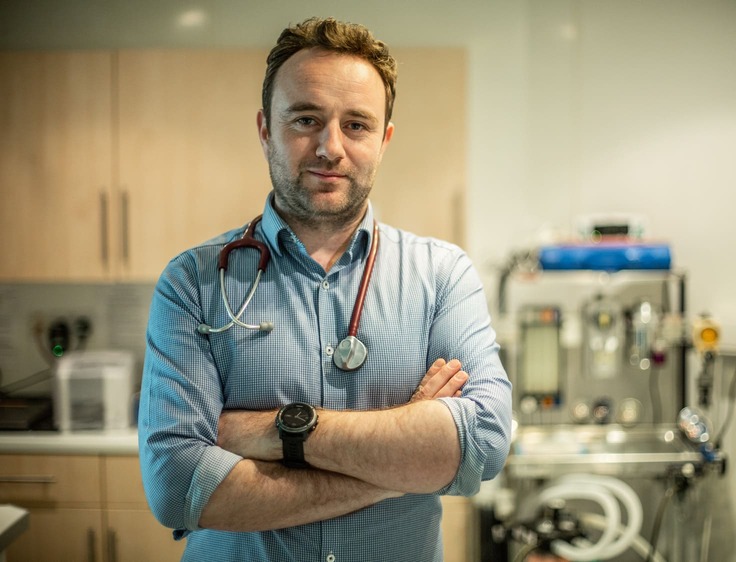 Danny is a local veterinary surgeon, writer and campaigner who grew up on a farm near Launceston. He is standing to be the next Liberal Democrat MP for North Cornwall.

Danny works as a vet across all of North Cornwall, spending his time across the constituency working closely with local families, business and farms, so knows the area like the back of his hand.

Danny is also an experienced campaigner and has initiated and organised national campaigns around mental health and animal welfare.

Danny’s priorities as your next North Cornwall MP will be to:

Danny's training and experience make Danny the best person to be North Cornwall’s next MP – fighting for North Cornwall schools, hospitals and families.

To learn why so many people are volunteering, watch Danny's campaign film.

“This is my community. This is where I live. This is where I work. People in North Cornwall are demanding better. Now is the time for a new generation of politicians who believe in liberal values and positive politics.”

For too long we’ve had a Conservative MP who simply follows orders from his London party bosses. Danny will stand up for North Cornwall in Westminster – always putting people before party politics.

Danny will be the hard-working MP that people in North Cornwall can be proud of.

For a daily animal photo fix, join his 21,000 followers on Instagram!