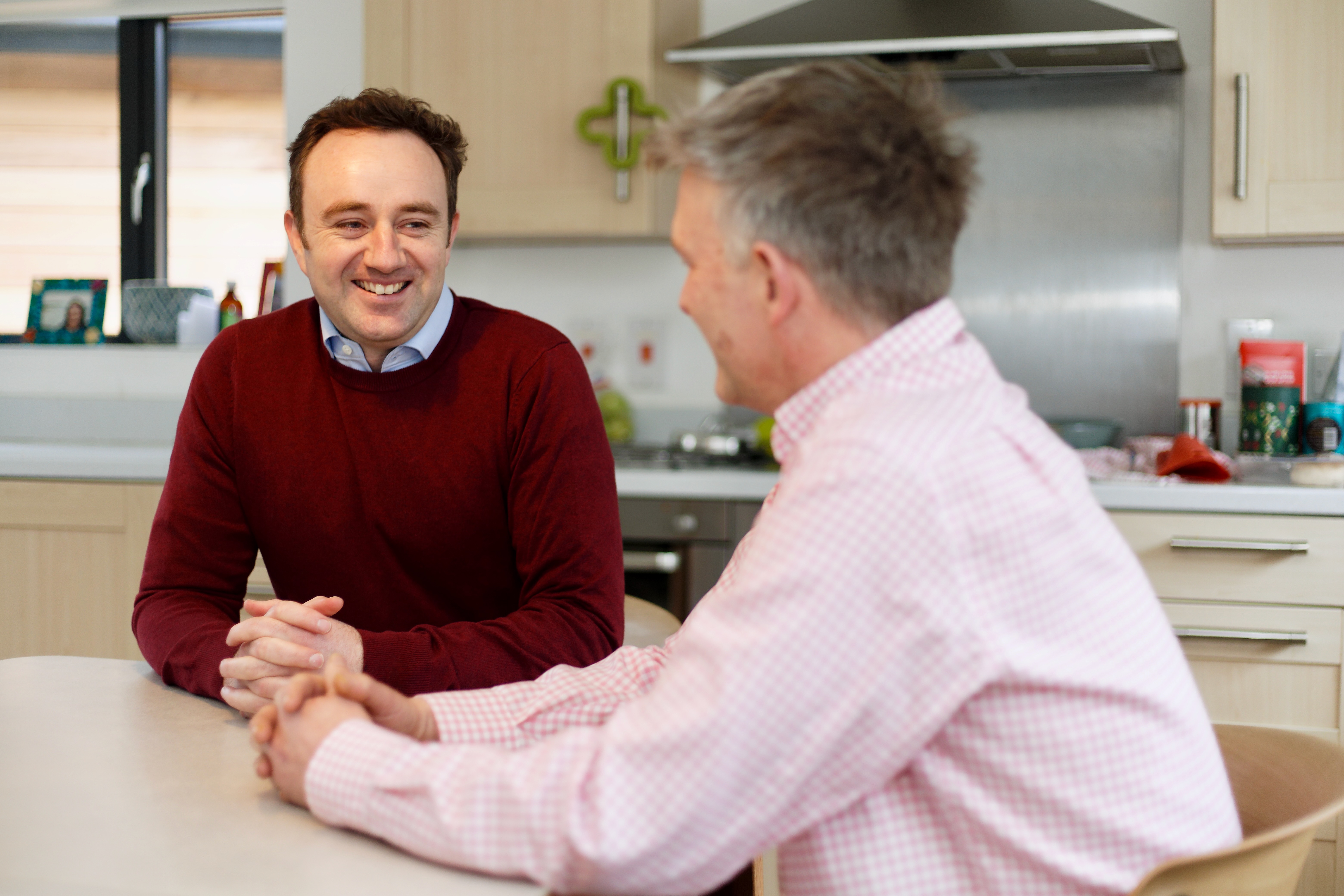 Local vet Danny Chambers tells us why he's standing to be the next MP for Winchester and Chandler's Ford.

When we sit down with Danny Chambers, he is looking through some of the responses he has received to his recent health survey. “I spend a lot of time talking to people in Winchester, Chandler’s Ford and the surrounding villages. It doesn’t matter where I am, the issue of healthcare just comes up time and time again. It’s my number one priority.”

Danny is campaigning to become the next MP for Winchester. As he makes a cup of tea, he shares with us what motivates him: “I live and work in Winchester, and while it’s a fantastic place to be, we face real problems too. It feels like we’ve just been taken for granted. I will work tirelessly to get the best services for local people.”

It’s clear from speaking to Danny just how much he loves life in Winchester: “My work as a local vet means I get to drive around the area - from Colden Common to Northington. I’m often talking to people about their pets - but also about the issues that really matter to them.

The rising cost of living is on a lot of people's minds at the moment. It’s affecting everyone and the financial squeeze is only likely to get worse. We need urgent action to help the elderly and vulnerable, with a plan to get energy bills under control and stop prices spiralling further.

Winchester and Chandler’s Ford have been taken for granted for too long. I will work tirelessly to get the best services for local people.

When we ask Danny why he chose to become a vet, he shares that he always loved science at school: “I think growing up on my family’s farm in Devon tipped the balance in favour of veterinary medicine, but I had to work really hard to get the grades I needed.

“I was lucky that I went to a great local state school, where the teachers supported me to achieve my dreams. I’ve been passionate about the importance of education ever since.”

Since graduating, Danny’s veterinary work has taken him all over the country. “I’ve worked in Cornwall, Aberdeen, and everywhere in between! I’ve really enjoyed travelling across the UK - and getting involved in welfare and disease projects overseas too. But I wanted to settle down and Hampshire is somewhere I’ve always loved, having worked here throughout the last ten years.”

Danny’s work has taken him across the country and he’s been involved in charitable projects all over the world.

Danny also chose to work as a locum so he could balance work with the needs of his family. “My father was diagnosed with dementia and working flexibly meant I could take time off when I needed to help my Mum care for him.” T

his caring and compassionate side of Danny is something we see more of in his work with charities. When he realised people were struggling with the pressures of the job, he set up a support group which is now used by over 15,000 veterinary professionals.

“The suicide rate amongst vets is four times higher than the rest of the population. I couldn’t stand by and do nothing about that. I’m now the trustee of a charity that helps hundreds of vets every year. I’m proud that we’ve really made a difference.” It’s clear that Danny is a tireless campaigner who is dedicated to making a difference. It’s why he’ll make a great new local MP for Winchester.